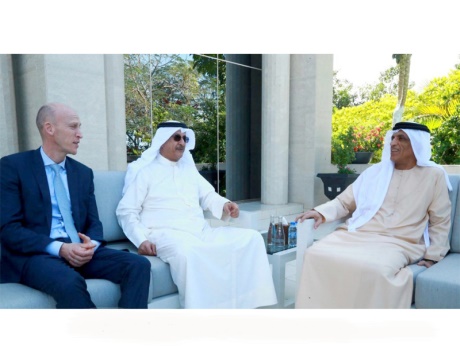 His Highness discussed with the attendees the developments in the industry, equipment, and quarrying sectors, and was briefed on the partnerships between the two international establishments on one side and on companies operating in Ras Al Khaimah on the other side.
His Highness affirmed the importance of expanding economic and commercial cooperation and integration among Gulf companies, and enhancing the practice of business that should bolster the effective position of Gulf economy on the world map.
The meeting was attended by businessmen and senior officials from Ras Al Khaimah government.