Salem bin Sultan Personal development is the most important and significant achievement of the UAE November 21,2018 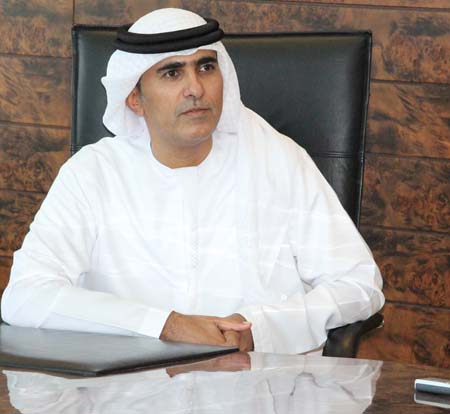 Sheikh Eng. Salem bin Sultan Al Qasimi, Chairman of the RAK Department of Civil Aviation, Member of the Executive Council, attended the celebration held under his patronage for the occasion of the 47th National Day at Abdullah bin Omran Hospital. Celebrations come as part of his active participation in national occasions in the state, and were held in the presence of a number of VIPs, businessmen, officers of the Police General Command, and citizens from Ras Al Khaimah.
Sheikh Salem bin Sultan sent his sincerest congratulations to the leadership and the people of the UAE on this national occasion. He expressed that these celebrations are held at a time when the union is stronger than ever, and when the people are more secure, prosperous, happy, and unified around their leadership.
He said: “We have come a long way over the past 47 years, with every stop along the way providing an important stage of development. We have reached high levels of development in various sectors, including education, health, economy, and infrastructure. The most important and significant achievement thus far, however, remains in the building and development of the Emirati person in scientific skillsets, something which the late Sheikh Zayed bin Sultan laid the primary and basic foundations for.”