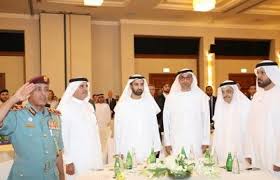 The program, implemented by the Energy Efficiency and Renewables Office at Ras Al Khaimah Municipality, aims to upgrade around 3000 building by the year 2040, as a key part of the “Energy Efficiency and Renewables Strategy 2040” in Ras Al Khaimah. The strategy was launched under the patronage of HH  Sheikh Saud Bin Saqr Al Qasimi, Member of the Supreme Council and Ruler of Ras Al Khaimah, and it aims to save 30% of energy and 20% of water and generate 20% energy from renewable sources by the year 2040.
Munther bin Shukr Al Zaabi, Director General of RAK Municipality said that this program aims to reduce water and energy consumption in government buildings by at least 20% by 2022, as part of the Emirate’s “Energy Efficiency and Renweables Strategy 2040”.

During the launch, a number of speakers stressed that this project will bring major improvements to the water and energy consumption equipments, as well as improved insulation in buildings to achieve long term savings. The upgrades will include measuring, monitoring, and managing energy consumption in assets, and promote actions which help preserve natural resources.